Why children are attending less School?

Behaviour of children towards Unhygienic practice, have a significant impact on child’s academic performance. majority of children are not properly taught healthy sanitation& personal hygiene habits , like washing hands with soap regularly ,wash hand before and after eating ,bathing daily.

Unhygienic practice make them sick, due to sickness they skip there classes, which result in poor academic performance and High dropout cases from School. 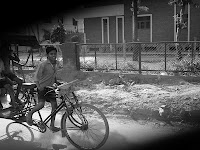 A good Hygienic behaviour in children help them in improving their academic performance ,availability of good sanitation facilities &improve in personal hygiene make children regular in their classes  and help in reducing the dropout cases.
Full Report: “On Safe Drinking Water and Sanitation Facilities 2012”
Sixty percent of people living in india do not have access to Toilets and hence are forced to defecate in the open .
This make India the number One country in the world where open defecation is practiced .
Indonesia with 63 million is a far second! Manority of people practicing open defecation lives in rural areas .
More then half of the 2.5 billion people without improved sanitation lives in india or china .
Almost 10 % of all communicable diseases are linked to unsafe water & poor sanitation .
“Around 97% of all Indians do not clean drinking water” .The problem arises due to contamination of Drinking Water by leaked sewage .

Open defecation , Manual scavenging and lack of public toilets in urban slums & rural areas putting stigma on Indian face .
2011 census says , there was only 35% sanitation coverage .
“Sikkim becomes India’s first Nirmal State”
We hope every State would  achieve this status ,there are 2.6 million dry latrines in the country .
British medical journal lancet published research journal which shows that low sanitation & poor hygiene cause malnutrition, because of phenomenon called tropical anteropathy .
When the guts get weekend because of the lack of proper sanitation & hygiene it plays great impact then diarrhoea.

Popular posts from this blog

Climate Change and Its impacts on Water Sources in India

May 17, 2022
Climate Change and Its impacts on Water Sources in India -Ecenur Dede The climate change is one of the challenging issues that the world faces with.It not only affects the quality of life but also is the essential issue that affect both economic social and political lives of individuals.Therefore,it has to be considered and has to be found some solutions regarding it in order to be able to enhance the lives of human being.In particular,India is the one of the countries that faces the issue of climate change.For instance,the  country reported the highest number of deaths in 2016 was due to the extreme weather.(Lahiry,2018).Therefore ,it is one of the challenging problems that the country has to overcome with.In this article,it will be elaborated how climate change impacted the water sources of India and its impacts on the society. In India,the water is one of the crucial sources that country has to take care of as any other places in the world.The importance of water specifically
Post a Comment
Read more

October 24, 2018
According to the 4 th  goal of the UN Sustainable Development Goals, it is necessary to ensure the whole population the opportunity to attend primary and secondary studies, guaranteeing equal opportunities for both boys and girls to access to quality technical and vocational education.This means that states will have to respond through political interventions to safeguard both quality improvement and above all complete indiscriminate access for every child, through means that address gender inequality, food insecurity and armed conflict. In India, important advances have been made regarding the universalization of primary education, succeeding in obtaining an improvement in enrollment rates and completion by girls in primary and secondary school studies. According to the report of UN system in India, Indian population managed to reach the literacy rate among youth aged 15-24, from 83.2% to 91.4%,between 1990 and 2016. Completion rates in primary school were 89.6% by 2016. What
1 comment
Read more

No Menstrual Hygiene For Indian Women Holds Economy Back

July 29, 2013
Sushma Devi, a mother of three in Northern  India , stores her “moon cup” on the window sill of the mud-brick veranda that shelters the family goats. In a village where few have indoor toilets and the Hindi word for her genitals is a profanity, 30-year-old Sushma struggles to talk about how she manages her period and the changes brought by the bell-shaped device she inserts in her vagina to collect menstrual blood. Enlarge image Cloth sanitary napkins are shown to village women in Rupaspur, around 60 kms from Agra. Many Indian women make do with little more than scraps of old cloth when menstruating, often risking their health, say aid workers trying to make clean and cheap sanitary napkins available. Photographer: Manan Vatsyayana/AFP via Getty Images Enlarge image Sustainable Health Enterprises (SHE), with technical assistance from North Carolina State University and Massachusetts Institute of Technology, has designed the SHE LaunchPad, a menstrual pad that utili
Post a Comment
Read more