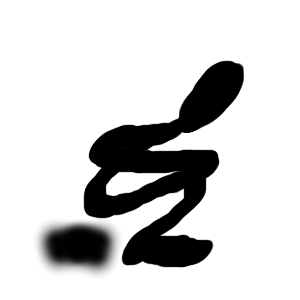 Our environment is badly affected, Due to bad sanitation facilities, rivers are polluted due to untreated sewage. Our ground water also affected which results in deterioration of community health. Septic tank system is also expensive and requires a large volume of water for flushing. There is shortage of drinking water in almost all urban areas. “Water is precious, we have to use it very judiciously “.

India as a Emerging economy have to resolve the problem of open defecation and providing toilets facilities with piped sewer system for disposal of human waste from long term perspective.

We need support form national and international agencies and developed countries to provide their experience and expertise.

You can reach to the author at gaurav@heeals.org

Connect with us and our work at www.heeals.org

Water is the most precious natural resource for sustaining life and environment, huge pollution , deforestation  and increasing population pressure lead to its depletion at a alarming rate .
In India water crisis severely effect one in every three person , fresh water which have always thought to be available in abundance is very scare in comparison to total water present on earth .
The Amount of fresh water /capita would be enough to meet human needs if it were properly distributed , there should be an equal distribution of water throughout the society . There was no proper emphasise on water quality , prevention of Pollution of drinking water  and education for public in conservation of the quantity and quality of water through awareness campaign , community participation and health education programs .Drinking water problem is not only in Terms of availability of quantity but also quality of the water available . We need to increase the availability if drinking water in term of quantity and as well as quality .
There is a Increasing significance of water scarcity worldwide, there is a urgent need at both international and national level to increase integration and cooperation to ensure sustainable efficient and equitable management of scarce water resources.
The united nation predicts that by 2025, two third of the population will experience water shortage, affecting life and livelihoods of 1.8b. According to the UN world water assignment program by 2050, 7 billion people in 60 countries cope with water scarcity. The fundamental right of individual, as far as availability of safe drinking water is concern it ranks 120th in the list of 122 countries. According to the country representative of water aid in India, 50%of village do not have protected drinking water, in India approx Rs 6700cr annually spent on treatment of water – borne disease.
Water scarcity already affect every continent and it is getting worse due to population growth ,urbanization and the increase in domestic and industrial water use. Many places do not have sufficient water to meet demand, with the result that aquifer depletion due to over extraction is common, scarcity of water is accompanied by deterioration in the quality of available water due to pollution and environment degradation. Agriculture production of India can be reduced because of aquifer depletion. The amount of water in the world is finite. A third of the world’s population lives in water stressed countries now. By 2025 this is expected to rise to two-third.
The UN recommended that people need a minimum of 50liters of water a day for drinking, washing, cooking and sanitation. In 1990, over a billion people did not have even that. Providing universal access to that basic minimum worldwide by 2015 would take less than 1% of the amount of water we use today. There  was no proper emphasis on water quality till the end of the 6th five year plan and before launching the national drinking water mission in 1986.the primary objective of the mission included monitoring the quality of water after identification of problems ,tackling the same by the application of science and technology to ensure that the water available is of acceptance quality and ensure that the quantity and quality of water is sustainable on a long term basis by proper water management technique and implementation of management information system .
India is the second largest irrigated area in the world, but due to the rapid expansion of irrigation with its emphasis on new construction, irrigation performance and the sector’s increasing management needs have not received adequate attention, irrigation productivity is low. The Non Optimal  distribution of water results in low yields and cropping intensity and reduced opportunities for diversifying agriculture as do deteriorating infrastructure ,limited research on irrigation technology ,insufficient piloting of innovation. Over exploitation of ground water consequently leads to ground water depletion and reduction in water quality as well .Water form the backbone for all the future endeavours to achieve the vision of food security. The projected food requirement in 2050 demands a pronounced role for research, development and training in the water and agriculture sector. Capacity building through technological upgradation and knowledge dissemination will play a pivotal role in translating the vision into reality.
The total sanitation campaign of central Govt. has made some progress but still far from the needy one and we need to reach to those needy One!
With empowerment of women in the field of sanitation we can achieve better results in a shorter period .there special role in the field of awareness generation on safe drinking water, hygiene practices and sanitation is very appreciating.
Special attention is being paid on menstrual hygiene as a number of girls drop out from schools due to lack of facility in schools for disposal of sanitary pads Only 31 per cent of India’s population use improved sanitation (2008).  In rural India 21 per cent use improved sanitation facilities (2008). India is home to 638 million people defecating in the open; over 50 per cent of the population.
There is a Low awareness of the potential health and economic benefit of better sanitation and hygiene practice.
Measures to Overcome Water & Sanitation Crises
We can overcome from water crisis by protection of forest soil and water resources.
Promotion and coordination of traditional and environment friendly technologies in agriculture and water conservation.
Water conservation measures form domestic level,
Rain water harnessing
Ensure recharging of ground water, to meet increasing dependability on ground water.
Improvement of irrigation technology to avoid overuse and loss of water conveyance.
Good network of data collecting centre.