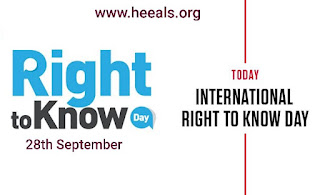 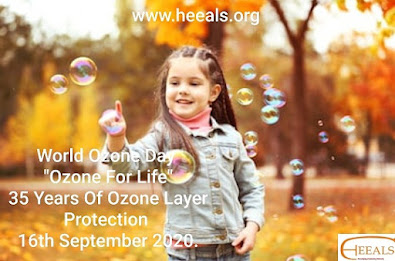 This year's theme for the World Ozone Day 2020 is "Ozone for life: 35 years of ozone layer protection".

In 1985, the governments at the global level adopted the Vienna Convention for the Protection of the Ozone Layer. Two years later in 1987, the Montreal Protocol was drafted where the governments, scientists and industry worked together to cut out 99 per cent of all ozone-depleting substances.  According to the United Nations Environment Programme (UNEP), the ozone layer is recovering and expected to return to pre-1980 values by mid-century all thanks to the Montreal Protocol. Meanwhile, supporting the Montreal Protocol, the Kigali Amendment, which came into force in 2019, will work towards reducing hydrofluorocarbon (HFCs) and greenhouse gases that have climate-warming potential and are damaging to the environment. Importance of ozone layer The ultraviolet radiation or UV rays emitted by the sun have the potential to cause skin cancer and cataract. These harmful rays also cause significant damage not only to humans but also to plant and marine life. Hence, the ozone layer acts as a protective shield against all such harmful radiations from the sun.   Ways to protect ozone layer One of the important ways to protect ozone layer is to avoid using harmful gases like CFCs chlorofluorocarbons (CFCs), halogenated hydrocarbon, methyl bromide and nitrous oxide in various processes.

The second option is to minimise the use of personal vehicles like cars that releases carbon monoxide and nitrogen oxides and resort to public transport thereby saving financial resources and the environment.  Another way to save the ozone layer is to properly maintain your air conditioners. If ACs are not properly maintained, there are high chances that CFC gas is released into the atmosphere. People should also avoid using cosmetics, hair sprays, room fresheners as these products release Chlorofluorocarbons (CFCs).

Several greenhouse gases are produced during the manufacturing of chemical fertilisers. Hence, we should avoid the use of fertilisers in agriculture and replace them with organic ones. The ozone layer, a fragile shield of gas, protects the Earth from the harmful portion of the rays of the sun, thus helping preserve life on the planet. The phaseout of controlled uses of ozone depleting substances and the related reductions have not only helped protect the ozone layer for this and future generations, but have also contributed significantly to global efforts to address climate change; furthermore, it has protected human health and ecosystems by limiting the harmful ultraviolet radiation from reaching the Earth.This year, we celebrate 35 years of the Vienna Convention and 35 years of global ozone layer protection. Life on Earth would not be possible without sunlight. But the energy emanating from the sun would be too much for life on Earth to thrive were it not for the ozone layer. This stratospheric layer shields Earth from most of the sun’s harmful ultraviolet radiation. Sunlight makes life possible, but the ozone layer makes life as we know it possible.World Ozone Day, held on September 16, celebrates this achievement. It shows that collective decisions and action, guided by science, are the only way to solve major global crises. In this year of the COVID-19 pandemic that has brought such social and economic hardship, the ozone treaties’ message of working together in harmony and for the collective good is more important than ever. The slogan of the day, ‘Ozone for life’, reminds us that not only is ozone crucial for life on Earth, but that we must continue to protect the ozone layer for future generations.

Implementation of the Montreal Protocol

Implementation of the Montreal Protocol progressed well in developed and developing countries. All phase-out schedules were adhered to in most cases, some even ahead of schedule. Attention focused initially on chemicals with higher ozone-depletion potentials including CFCs and halons. The phase-out schedule for HCFCs was more relaxed due to their lower ozone-depletion potentials and because they have also been used as transitional substitutes for CFCs.

On 16th September 2009, the Vienna Convention and the Montreal Protocol became the first treaties in the history of the United Nations to achieve universal ratification.

The Parties to the Montreal Protocol on Substances that Deplete the Ozone Layer reached agreement at their 28th Meeting of the Parties on 15 October 2016 in Kigali, Rwanda to phase-down hydrofluorocarbons (HFCs).

A Spotlight on Democracy

A Spotlight on Democracy

The unprecedented COVID-19 crisis has resulted in major social, political and legal challenges globally. As states around the world adopt emergency measures to address the crisis, it is critical that they continue to uphold the rule of law, protect and respect international standards and basic principles of legality, and the right to access justice, remedies and due process.

UN Secretary General António Guterres has urged governments to be transparent, responsive and accountable in their COVID-19 response and ensure that any emergency measures are legal, proportionate, necessary and non-discriminatory. “The best response is one that responds proportionately to immediate threats while protecting human rights and the rule of law,” he said.

States must respect and protect, among other rights, freedom of expression and of the press, freedom of information, freedom of association and of assembly. Concerns in many countries in the context of COVID-19 include: 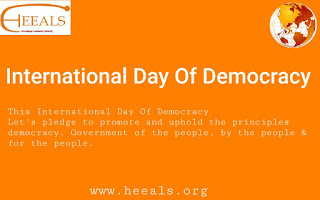 The crisis raises the question how best to counter harmful speech while protecting freedom of expression. Sweeping efforts to eliminate misinformation or disinformation can result in purposeful or unintentional censorship, which undermines trust. The most effective response is accurate, clear and evidence-based information from sources people trust.

Around the world civil society organizations have answered the UN's call to action to address and counteract the wide range of ways the Covid-19 crisis may impair democracy and increase authoritarianism, by:

September 12, 2020, is World First Aid Day, an annual campaign to promote the importance of first aid training in preventing injuries and saving lives. Make sure you have a first aid kit at home ,at your place and with your during your travel and in car. 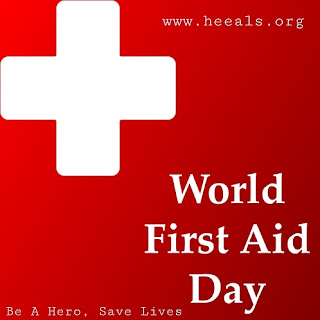 First aid is the first and immediate assistance given to anyone who suffers from either minor or serious illness or injury, with care provided to preserve life, prevent the condition from worsening, or to promote recovery. The purpose of first aid is to minimize injury and future disability. In serious cases, first aid may be necessary to keep the victim alive before a doctor arrives to apply the more specialized treatment.

The 5 Main Aims Of First Aid Are:

We are grateful to all the teachers for their contributions towards shaping minds and building our nation.

Teachers' Day is a special day for the appreciation of teachers, and may include #celebrations to honor them for their special contributions in a particular field area, or the community in general.In #India, Teachers’ Day is celebrated annually on September 5 to mark the birthday of the country’s former President, scholar, philosopher and Bharat Ratna awardee, #DrSarvepalliRadhakrishnan who was born on this day in 1888.The significance of this day is ever-evolving, including taking lessons from life and making your experiences the teachers you needed to shape you into who you become. For #school students, the day also means getting roses, chocolates, gifts including handmade cards to profess their affection for their favourite teachers. For senior #students, #Teacher’s day is one of role reversal and celebration. 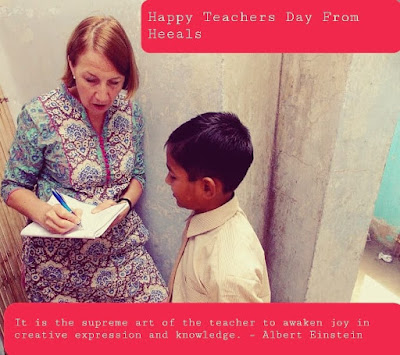