Come Join Us
Posted by Heeals at 17:54 No comments: 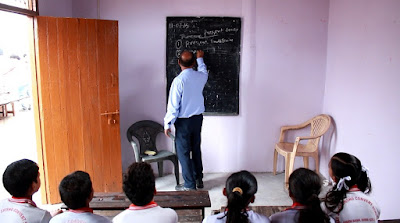 With around 30% of Indian children attending private institutions, the Indian private education market is the largest in the world. This is hardly surprising given the population size but, for a variety of reasons, private schools are outperforming state run institutions despite recent study showing that the Government spends, on average, more than twice as much in educating a pupil. The key factors behind this imbalance are inefficiencies that have become imbedded in state schooling and efficiencies fee-paying schools have created. To lift the performance of their own schools issue the Indian government must take heed of both.
Most serious among the malpractices commonly associated with India’s free education are the attacks oneducation standards and teaching practices.Schools are accused not of completing the syllabi in the school year and the necessary equipment is not always available. Often much power is bestowed on individual teachers who have the ability to pass or fail their own pupils while offering extra-curricular tuition(for a fee). Teacher absenteeism is also rife and the authorities seem powerless to prevent.Additionally, there are stories of outright corruption including overcharging and bribes taken to admit or promote a child, or even issue qualification certificates.
The problems found in the provision of school infrastructure pose the most direct threat to a child’s education. A survey in 2013 found that of 780 schools across 13 states 30% were found to have inadequate toilet facilities and 60% had no playground. Given this it is hardly surprising how unfashionable it has become to teach in Government schools. Formerly a position of prestige and respect, teaching is now seen by many graduates as a last-resort career giving rise to a severe shortage and pushing the student:teacher ratio as high as 70:1 in extreme cases. The lack of mentorship or access to a professional network as well as antiquated career progression(often based on seniority rather than performance) are obvious changes the government must make to buck this trend.
Conversely, by operating in a private environment;fee-taking schools have learned to streamline their practices to remain competitive in a diverse market. Principles have far greater authority over their teachers and employment contracts include performance and attendance clauses. The teachers themselves are often less qualified so must strive to hit their targets to guarantee employment and command less salary, allowing the private schools to reduce the student: teacher ratios.
India’s stand out legislation on learning in recent years is the Right to Education Act (RTE) of 2009. This established free and compulsory education for every child between the ages of 6 and 14 and guaranteed 25% of places at private schools for pupils from economically weaker sections of society. The idea was to level the playing field for poorer students however, sadly this policy has had the effect of devaluing the education provided in state schools and, thus, exacerbating the superiority enjoyed by private institutions. Furthermore, the RTE included no provision for the improvement of the existing Government schools, embedding the problems outlined above.
However, the enforcement of this 25% has led to a number of malpractices being adopted by private schools where unfair financial barriers (high cost of uniforms or add-on admission and maintenance costs) are placed to prevent poorer students filling the RTE enabled places.  As a result it has been estimated that across India only 15% of RTE places at fee-paying schools were filled.
In response to these issues India’s education department has announced ambitious and far-reaching reform in two stages; peripheral and core. The first outlined fundamental infrastructure shortages that have been holding back Government schools and targeted 8000 new classrooms and 25 new schools are to be opened by the end of 2016 and a recruitment drive to employ 9000 new teachers. The core stage, yet to formally begin, proposes a radical change in teaching practices including a decentralisation of authority giving more powers to individual principles, incentivised contracts, and the creation of School Managers. And then perhaps most adventurous is the creation of a pilot “super-school” complex of 10 schools each specialising in different areas of education.


All in all it appears that the government has started to take note of the problems that have blighted their school system for a generation. Some issues (support for newly qualified teachers) are easier fixed than others (changing the mind-set that Government schooling is inferior) and in the meantime the private education sector will continue to innovate and dominate. 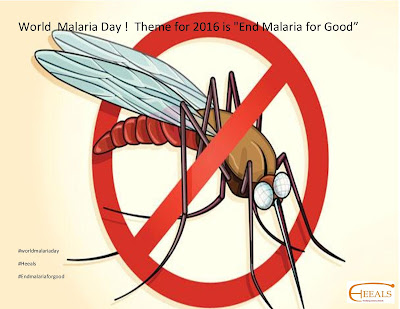 World Malaria Day Theme for 2016 is "End Malaria for Good"

Since 2008 the 25th April each year is World Malaria day in association with the Malaria Consortium whose bold goal is to reduce infection by 90% (from the year 2000’s levels). Globally the achievements so far are impressive with a 60% reduction in mortality rates since 2000 and a 37% reduction in infection during the same period. Despite this there were still 214 million cases of the fever reported last year and nearly half a million deaths.
India has taken huge steps to eradicate the disease and in recent years has reduced its incidence to fewer than 1 million cases in the past two years. Those most at risk are pregnant women however the introduction of routine screening has been delayed by budgetary constraints.Familiarly, it is the least educated urban, and rural tribal communities where healthcare is limited who suffer most. Just 8% of the population accounts for 46% of all diagnosed cases.
The developing world is certainly fighting this oldest of diseases but will need continued support from all quarters to make the final push and end the misery that it causes.


-William Lewis
Posted by Heeals at 17:43 No comments: 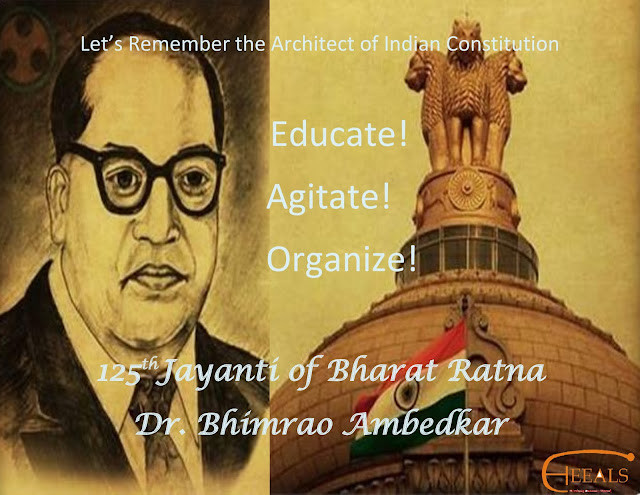 It will surprise few that India’s children are amongst the most likely to suffer malnourishment however the reasons behind this are certainly not as simple as one would expect (i.e. lack of food).

Fundamentally malnutrition is defined as not enough or too much of a single food group. This in turn leads to complications in utilising consumed sustenance and therefore hampering the body’s ability to fight off and recover from infection. The problem faced by Indian society is primarily related to a lack of protein in the diet of young children which is then exacerbated by the sanitary and religious conditions that they find themselves living in. 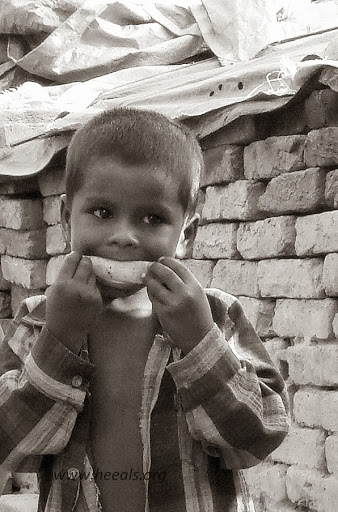 While there other forms of serious child malnutrition (such as iodine, vitamin A, or iron, deficiencies) lack of protein is by far the most lethal and, according to the World Health Organisation (WHO), plays a major role 50% of all deaths under 5 years of age. The situation in India is particularly severe where 30% of the entire world’s under-nourished population can be found. In a country of the size, both geographically and economically, of India it is clearly not just a lack of food that is accountable.

One unique factor behind India’s child malnourishment is the influence that is held by India’s various religious sects and the dietary recommendations that are advocated. Contrary to popular belief India is by no means a vegetarian society, however the rise of fundamentally religious political parties who espouse the benefits of a vegetarian lifestyle has restricted what food may be served at school’s midday meals (MDM). Most controversial is restriction on the serving of eggs which can provide a significant protein boost (one egg contains half of the recommended daily intake) and are easily digestible to those suffering with malnutrition.

Originally brought into practice in the 1990s India’s MDM programme has become a vital source of nourishment for the poorest children in society. However, respecting regional religions place strict vegetarian restrictions on the lunchtime menus. A current example is the region of Karnataka where 9 out of 10 children are suffering with malnutrition but as it is administered by the Hindu fundamentalist Bharatiya Janata Party are forbidden from the MDM on religious grounds. Perhaps the fact that milk is served in schools nationwide leads to a logical conclusion drawn by the nation’s Bapu (Mahatma Gandhi) who advised “he who can take milk should have no objection to taking sterile egg”.

Crudely nicknamed “the open defecation capital of the world” the state of India’s public sanitation is the other unique contributing factor to this problem.Particularly affected are rural areas where, according to the WHO, it was estimated that last year 61% of Indians defecated in the open. A staggering statistic, far higher than any other (reportable) country, that results in the deaths of 1000 children each day to diarrhoea related diseases and has a wide reaching impact on their ability to retain nutrition and maintain a healthy, growing body.

To combat this precise issue Prime Minister Nehendra Modi embarked on the Swachh Bharat (Clean India) Mission in October 2014 to be concluded by October 2019 to mark Gandhi’s 150th birthday. Construction has been undertaken at a furious pace and there are signs that the tide is turning; between Oct ’14 and Jan ‘16 the number of rural families with access to a working toilet went from 42% to 49%, however, physical construction is only half the battle. The other side to tackle is convincing the (mostly) rural population of the need to cease open defecation. In a country proudly steeped in tradition this is no small challenge but one that must be overcome if India is to take its rightful place at table with the world’s other super-powers.