What Lucie Is Saying At : https://www.youtube.com/watch?v=qo0lVc3wpBk

Lets Work Together To Provide WASH And Education To Those Who Need Most .

No! Malaria ,If You Know! Malaria

Malaria is caused by the protozoan parasite Plasmodium. Human malaria is caused by four different species of Plasmodium: P. falciparum, P. malariae, P. ovale and P. vivax.
Humans occasionally become infected with Plasmodium species that normally infect animals, such as P. knowlesi. As yet, there are no reports of human-mosquitohuman transmission of such “zoonotic” forms of malaria.

Nature of the disease

Malaria is an acute febrile illness with an incubation period of 7 days or longer. Thus, a febrile illness developing less than 1 week after the first possible exposure is not malaria.
The most severe form is caused by P. falciparum; variable clinical features include fever, chills, headache, muscular aching and weakness, vomiting, cough, diarrhoea and abdominal pain. Other symptoms related to organ failure may supervene, such as acute renal failure, pulmonary oedema, generalized convulsions, circulatory collapse, followed by coma and death.The initial symptoms, which may be mild, may not be easy to recognize as being due to malaria.
It is important that the possibility of falciparum malaria is considered in all cases of unexplained fever starting at any time between 7 days after the first possible exposure to malaria and 3 months (or, rarely, later) after the last possible exposure. Any individual who experiences a fever in this interval should immediately seek diagnosis and effective treatment, and inform medical personnel of the possible exposure to malaria infection. Falciparum malaria may be fatal if treatment is delayed beyond 24 h after the onset of clinical symptoms.
Young children, pregnant women, people who are immunosuppressed and elderly travellers are particularly at risk of severe disease. Malaria, particularly P. falciparum, in non-immune pregnant travellers increases the risk of maternal death, miscarriage, stillbirth and neonatal death.
The forms of human malaria caused by other Plasmodium species cause significant morbidity but are rarely life-threatening. Cases of severe P. vivax malaria have recently been reported among populations living in (sub)tropical countries or areas at risk. P. vivax and P. ovale can remain dormant in the liver. Relapses caused by these persistent liver forms (“hypnozoites”) may appear months, and rarely several years, after exposure. Relapses are not prevented by current chemoprophylactic regimens, with the exception of primaquine. Latent blood infection with P. malariae may be present for many years, but it is very rarely life-threatening.
In recent years, sporadic cases of travellers’ malaria due to P. knowlesi have been reported. Humans can be infected with this “monkey malaria” parasite while staying in rainforests and/or their fringe areas in south-east Asia, within the range of the natural monkey hosts and mosquito vector of this infection. These areas include parts of Cambodia, China, Indonesia, Laos, Malaysia, Myanmar, the Philippines, Singapore, Thailand and Viet Nam. The parasite has a life-cycle of 24 h and can give rise to daily fever spikes occurring 9–12 days after infection. Symptoms may be atypical. Severe P. knowlesi malaria with organ failure may occur, and sporadic fatal outcomes have been described. P. knowlesi has no persistent liver forms and relapses do not occur. Travellers to forested areas of south-east Asia where human P. knowlesi infections have been reported should protect themselves against mosquito bites between dusk and dawn to prevent infection and take the usual chemoprophylaxis where indicated (see Country list).

The current distribution of malaria in the world is shown on the map in this chapter; affected countries and territories are listed both at the end of this chapter and in the Country list. The risk for travellers of contracting malaria is highly variable from country to country and even between areas in a country, and this must be considered in any discussion of appropriate preventive measures.
In many countries or area at risk, the main urban areas – but not necessarily the outskirts of towns – are free of malaria transmission. However, malaria can occur in the main urban areas of Africa and, to a lesser extent, India. There is usually less risk at altitudes above 1500 m, although in favourable climatic conditions the disease can occur at altitudes up to almost 3000 m. The risk of infection may also vary according to the season, being highest at the end of the rainy season or soon after.
There is no risk of malaria in many tourist destinations in south-east Asia, the Caribbean and Latin America.

During the transmission season in countries or areas at risk, all non-immune travellers exposed to mosquito bites, especially between dusk and dawn, are at risk of malaria. This includes previously semi-immune travellers who have lost or partially lost their immunity during stays of 6 months or more in countries or areas of no risk. Children who have migrated to countries and areas of no risk are particularly at risk when they travel to malarious areas to visit friends and relatives.
Most cases of falciparum malaria in travellers occur because of poor adherence to, or complete failure to use medicines, or use of inappropriate prophylactic malaria drug regimens, combined with failure to take adequate precautions against mosquito bites. Studies on travellers’ behaviour have shown that adherence to treatment can be improved if travellers are informed of the risk of infection and believe in the benefit of prevention strategies. Late-onset vivax and ovale malaria may occur despite effective prophylaxis, as they cannot be prevented with currently recommended prophylactic regimens which act only against blood-stage parasites.
Malaria risk is not evenly distributed where the disease is prevalent. Travellers to countries where the degree of malaria transmission varies in different areas should seek advice on the risk in the particular zones that they will be visiting. If specific information is not available before travelling, it is recommended that precautions appropriate for the highest reported risk for the area or country should be taken; these precautions can be adjusted when more information becomes available on arrival. This applies particularly to individuals backpacking to remote places and visiting areas where diagnostic facilities and medical care are not readily available. Travellers staying overnight in rural areas may be at highest risk.

The malaria parasite is transmitted by female Anopheles mosquitoes, which bite mainly between dusk and dawn.
Malaria is transmitted to people through the bites of infected mosquitoes by plasmodium parasite which is spread by Anopheles mosquitoes. They most commonly bite between dusk and dawn. Malaria can also be transmitted from mother to child during pregnancy.
Symptoms usually appear about 12 to 14 days after infection. People with malaria have the following symptoms:

·        Diarrhoea, nausea, and vomiting (these symptoms only appear sometimes)

It can keep on continuing to
§  Deep breathing and respiratory distress
§  Abnormal bleeding, such as anemia
§  Clinical jaundice and organ dysfunction.

Treatment usually lasts for 3 to 7 days, depending on the medication type. To get rid of the parasite, it's important to take the medication for the full length of time prescribed by doctor.

-   Rainfall – water logging give a push to mosquito breeding as mosquito eggs must be laid in water and mosquito larva mature in water.

- Humidity - increases the lifespan of mosquitoes, giving them more opportunities to carry malaria          infections from one person to another. 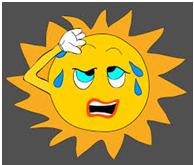 - Temperature that may affect the number and survival of mosquitoes. It has been seen that places at high altitudes or cooler regions, mosquitoes are less and hence, malaria cases are rare.

Precautions Is Better Than Cure!

Travellers and their advisers should note the four principles – the ABCD – of malaria protection:

Although malaria is preventable and curable; in the beginning, symptoms may be mild and difficult to recognize as malaria. If not treated within 24 hours, malaria can progress to severe illness often leading to death.
Although there are no vaccines at the moment for Malaria but we can prevent it by using 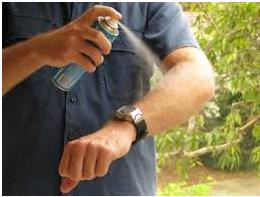 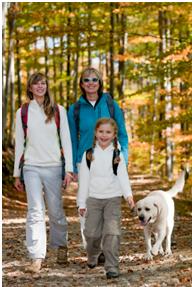 - Mosquito nets so as to prevent ourselves from the mosquito bites. 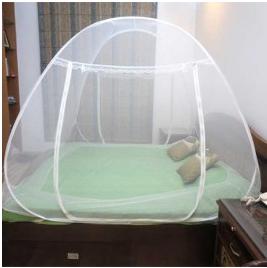 Join Us To STOP Malaria : contact us at :communications@heeals.org

Poster Release Of Our Documentary Film :ROSHNI -An End Of The Darkness By HEEALS 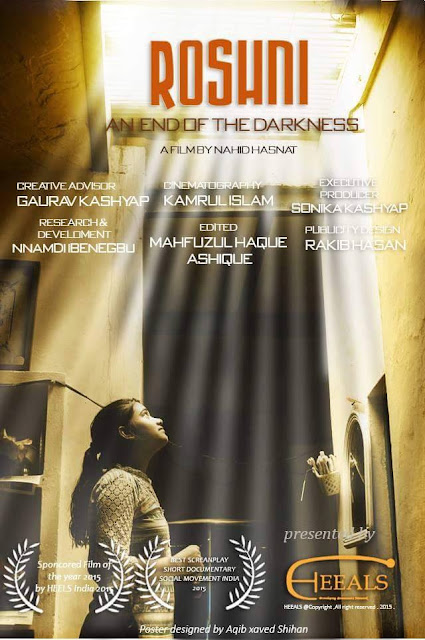 We Release Our New Documentary Film Poster: ROSHNI -An End Of The Darkness By HEEALS .
Trailer Is Coming Soon.....