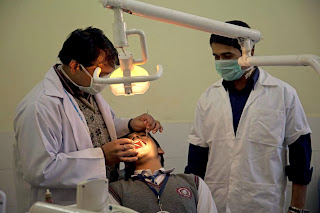 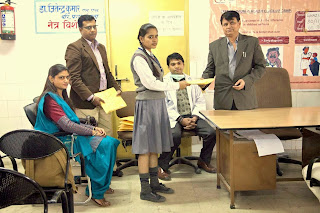 On Saturday 30th November, the Gurgaon based NGO "HEEALS" conducted a free health check-up program in the District Combined Hospital, Ghaziabad. The event was organised to provide access to free health care for school children, orphans and street children, who otherwise do not have the means to acces health care. Following this pilot event, HEEALS intends to extend the health-check ups further afield, to other areas of Uttar Pradesh, and Delhi NCR.

Among the HEEALS team were two volunteers from the UK: Chris Mammone, professional photographer, and Sylvie Hughes. Both have been working on delivering WASH awareness campaigns and presentations on hand washing hygiene and water sanitation, in schools and orphanages around India. 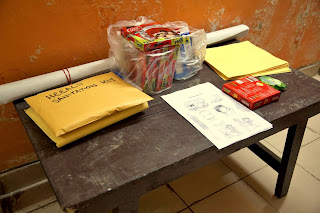 After the success of their pilot event, HEEALS will be planning future health-check ups for children in economically disadvantaged sections of society, and those who live in rural areas. The organization is welcoming any members of these communities who wish to provide free check-ups to children, and are accepting requests from schools, orphanages and villages in need. 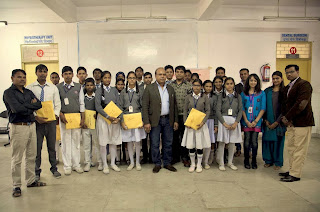 HEEALS (Health, Education, Environment And Livelihood Society) is working on its Free Health Camp pilot project in rural and urban slum areas of Uttar Pradesh, to provide access to free health check-ups in schools and orphanages, as well as providing free water purification tablets, water filtration systems and mosquito nets to families. Through providing health care education and awareness to those in need, HEEALS is working to reduce the number of disease related deaths and school dropout rates.

Sanitation activists today observed 'World Toilet Day' and alleged that 3.75 crore lavatories in India as claimed by Ministry for Rural Development did not exist and were "missing".
Activists of Right to Sanitation (RTS) Campaign's India chapter demanded an inquiry into the "huge gap" in the number of toilets existing on the field and the number provided in the data by the Rural Development Ministry and Census 2011.
On the occasion, the activists organised a range of programmes across 14 states around the theme of 'missing toilets' and 'crisis of sanitation' in the country.
Various groups including Action India, Rashtriya Dalit Mahila Andolan, National Confederation of Dalit Organisations, Safai Karmchari Andolan, etc also demanded for the enactment of the law to provide constitutional status to the Right to Sanitation so that it becomes a legal civil right.
They also stressed that special focus should be accorded for the availability of toilets for women, disabled and aged in public spaces. "The socially excluded communities such as Dalits and adivasis should be covered totally as an emergency," the activists said.
Volunteers organised signature campaigns around metro stations in the central part of the city and highlighted the accessibility of toilets by the disabled people.
Representatives from the slums and resettlement colonies demanded the maintenance of existing toilets and construction of new toilets. Women from some colonies also shared that they have just 44 seat public toilets for a population of 29,000.
According to the activists, the women shared with them the "incidents of violence" that they face when they go for open defecation or use public toilets.
"These women demand sanitation services for their dignity, health and development," a sanitation activist said.
A group of children also staged a play on their problems related to availability and accessibility of toilets.
Campaigns were organised in Andhra Pradesh, Bihar, Chhattisgarh, Haryana, Jharkhand, Gujrat, Maharashtra, Madhya Pradesh, Odisha, West Bengal, Karnataka, Kerala, Tamilnadu.
India is the global capital in terms of people going for open defecation. Rural sanitation coverage is still around 30 per cent (Census 2011) and the budget allocation is about 0.04 per cent of our GDP