World Toilet Day, celebrated on 19th November every year, is about inspiring action to tackle the global sanitation crisis and help achieve Sustainable Development Goal (SDG) 6, which promises sanitation for all by 2030.
Theme of World Toilet Day -2019 is Leaving no one behind. 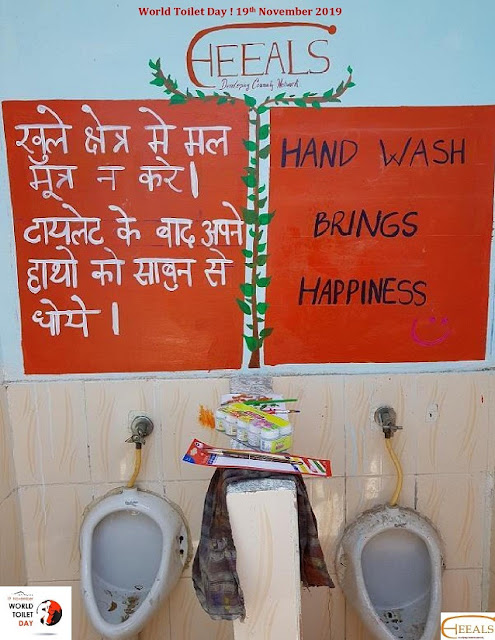 A toilet is not just a toilet. It’s a life-saver, dignity-protector and opportunity-maker.
Whoever you are, wherever you are, sanitation is your human right. And yet, today, 4.2 billion people live without safely managed sanitation.
How can anyone lift themselves out of poverty without sanitation? We must expand access to safe toilets and leave no one behind.

Key Facts !
4.2 billion people live without safely managed sanitation – more than half the global population.
673 million people still practise open defecation worldwide.
Globally, at least 2 billion people use a drinking water source contaminated with faeces.
Inadequate sanitation is estimated to cause 432,000 diarrhoeal deaths every year and is a major factor in diseases such as intestinal worms and trachoma.
Children under the age of five living in countries affected by protracted conflict are, on average, nearly 20 times more likely to die from diarrhoeal diseases caused by a lack of safe water, sanitation and hygiene than by direct violence. (UNICEF )