The world's 100 richest people earned a stunning total of $240 billion in 2012 – enough money to end extreme poverty worldwide four times over, Oxfam has revealed, adding that the global economic crisis is further enriching the super-rich.

“The richest 1 percent has increased its income by 60 percent in the last 20 years with the financial crisis accelerating rather than slowing the process,” while the income of the top 0.01 percent has seen even greater growth, a new Oxfam report said.For example, the luxury goods market has seen double-digit growth every year since the crisis hit, the report stated. And while the world's 100 richest people earned $240 billion last year, people in “extreme poverty” lived on less than $1.25 a day.Oxfam is a leading international philanthropy organization. Its new report, ‘The Cost of Inequality: How Wealth and Income Extremes Hurt us All,’ argues that the extreme concentration of wealth actually hinders the world’s ability to reduce poverty.The report was published before the World Economic Forum in Davos next week, and calls on world leaders to “end extreme wealth by 2025, and reverse the rapid increase in inequality seen in the majority of countries in the last 20 years.”Oxfam's report argues that extreme wealth is unethical, economically inefficient, politically corrosive, socially divisive and environmentally destructive.The report proposes a new global deal to world leaders to curb extreme poverty to 1990s levels by:- closing tax havens, yielding $189bn in additional tax revenues- reversing regressive forms of taxation- introducing a global minimum corporation tax rate- boosting wages proportional to capital returns- increasing investment in free public servicesThe problem is a global one, Oxfam said: “In the UK inequality is rapidly returning to levels not seen since the time of Charles Dickens. In China the top 10 percent now take home nearly 60 percent of the income. Chinese inequality levels are now similar to those in South Africa, which is now the most unequal country on Earth and significantly more [inequality] than at the end of apartheid.”In the US, the richest 1 percent's share of income has doubled since 1980 from 10 to 20 percent, according to the report. For the top 0.01 percent, their share of national income quadrupled, reaching levels never seen before.“We can no longer pretend that the creation of wealth for a few will inevitably benefit the many – too often the reverse is true,” Executive Director of Oxfam International Jeremy Hobbs said.Hobbs explained that concentration of wealth in the hands of the top few minimizes economic activity, making it harder for others to participate: “From tax havens to weak employment laws, the richest benefit from a global economic system which is rigged in their favor.”The report highlights that even politics has become controlled by the super-wealthy, which leads to policies “benefitting the richest few and not the poor majority, even in democracies.”“It is time our leaders reformed the system so that it works in the interests of the whole of humanity rather than a global elite,” the report said.The four-day World Economic Forum will be held in Davos starting next Wednesday. World financial leaders will gather for an annual meeting that will focus on reviving the global economy, the eurozone crisis and the conflicts in Syria and Mali.

Despite environmental and lab­our laws, over one crore workers in India run the risk of silicosis, a lung disease caused by inhalation of silica dust in occupations such as cement-, glass- and brick-making, quarrying, mining, road-laying and all aspects of construction. Every year, silicosis kills about 30,000 people. Many of them die without treatment; their families seldom get due compensation.
Silicosis was once known as miners’ disease. Inhaling dust at work for years, miners end up with lung fibrosis. Ancillary infe­ctions like TB complicate matters. The deaths can be painful. Silicosis is incurable as the lung damage is irreversible; treatment aims at curbing ancillary infections and alleviating symptoms. Earlier, it was prevalent in western and central India and associated with mining and regional industries such as slate-pencil and chalk manufacture, ceramics factories etc. But with rampant development and construction, silicosis cases are seen in all regions.
In response to a direction from the Supreme Court in 2009, the National Human Rights Commission (NHRC) made several recommendations on preventive, remedial and rehabilitative measures against silicosis. It has been asked to work with all stakeholders—companies, workers’ unions, the Union labour and health ministries, state governments and other agencies. Tackling occupational diseases requires the participation of several agencies, which is why there is such lack of focus
“While silicosis is recognised as an occupational disease by the government, there is nothing being done to ensure proper safety equipment for labourers or even compensation,” says Samit Kumar Carr, secretary-general of the Occup­ational Safety & Health Ass­o­ci­ation of Jharkhand. “Cor­­r­uption is rampant and despite notices from the Supreme Court and the NHRC, we are still struggling to push the government to implement its own laws.” In Jharkhand alone, he says, there are 30 lakh workers suffering from silicosis, getting it from work in mines. Others run the risk in ramming units, stone crushers, iron ore crushers and other occupations in which dust is a given.
One problem is that many of these occupations are in the inf­ormal sector, so workers are not registered. Says a senior res­earcher at the National Institute of Occupational Health, Ahme­dabad, “We have been working to address this issue but the unorganised sector is a huge hurdle. Workers are not registered, so they are not entitled to any medical care and compensation.” The health ministry, under the National Rural Health Mission (NHRM), has set up a five-member cell which is planning pilot projects to tackle the disease in vulnerable districts, some of them in Jharkhand. There is also a plan to set up occupational disease diagnosis centres.
All that might not be enough. To see labour safety measures put in place, to get workers registered, ensure that employers arrange for treatment and clear compensation claims—all this requires strong and concerted action. Meanwhile, a deadline looms: the Inte­rnational Labour Organisation and the who aim to eliminate silicosis globally by 2030. That will be difficult for India to contribute to. For, say activists, the average lifespan of labourers in industries with the risk of silicosis is 35 years, and workers who have been exposed to dust for up to seven years are 100 per cent bound to have the disease.

There is a water crisis In Uttar Pradesh’s hamirpur district, The Energy and Research Institute 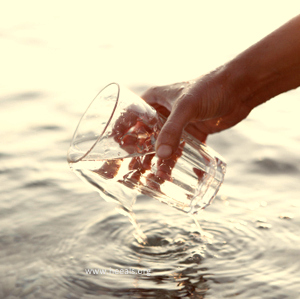 (TERI), found that around 162,000 village in India face the problem of brackish or contaminated water. Mamana, with a population of 4,387 is clearly one of them. People in Mamana can recognise the hardness in the water easily enough. If they use soap, they will find that it does not lather and instead leaves a white deposit on the body. If they leave water standing in a glass for a while, a stain forms around the water’s rim.
Hardness in water comes from heavy metals and minerals that have made their way into the water from sedimentary rocks, seepage or farm runoff. Substances like calcium and magnesium, emerging from limestone and chalk deposits found in soil have a presence in the water. The ill-effects of the drinking hard water are found in the whole in Hamirpur. “Many people here complain of pain in one side of their stomach and it is said that is because of Kidney stones caused by the poor quality of drinking water.”
Mamana has 742 households, of which 369 are from the Schedule caste and 275 belong to other backward Classes. As in the rest of UP, caste determines every aspect of life, including the quality of water that reaches Dalits . Dalits and Muslims neighbourhoods are the least serviced and the hardest hit when there is an acute shortage of water during the summer when temperatures soar to 45 degree Celsius.
There is frequent fights on water , fights  break out of access the six wells that have sweet water and the water from the tankers. Those who are not so lucky to get that water ,have to drink the brackish water in the hand pumps, which cause serious illness to them , many of them get gastrointestinal problems .


Women traditionally have been given the drudge task of collective water for all domestic purpose, including watering the cattle if there are any. The sight of women and young girls hauling pitchers and buckets is common enough but rarely can men be spotted doing similar activity.

Source : The Hindu News Paper
Posted by Heeals at 16:57 No comments: