"Orange the World’ To End Violence Against Women And Girls

To End Violence Against Women And Girls 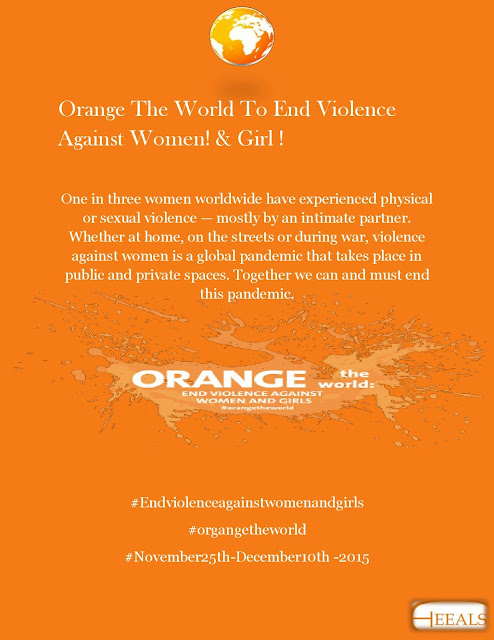 A staggering one in three women have experienced physical or sexual violence in their lifetime—a pandemic of global proportions. Unlike an illness, however, perpetrators and even entire societies choose to commit violence—and can choose to stop. Violence is not inevitable. It can be prevented. But it’s not as straightforward as eradicating a virus. There is no vaccine, medication or cure. And there is no one single reason for why it happens.
As such, prevention strategies should be holistic, with multiple interventions undertaken in parallel in order to have long-lasting and permanent effects. Many sectors, actors and stakeholders need to be engaged. More evidence is emerging on what interventions work to prevent violence—from community mobilization to change social norms, to comprehensive school interventions targeting staff and pupils, to economic empowerment and income supplements coupled with gender equality training.
Prevention is the 2015 theme of the International Day for the Elimination of Violence against Women on 25 November and of the UNiTE to End Violence against Women Campaign’s 16 days call for action. This year, at the official commemoration at UN Headquarters in New York, the first UN Framework on Preventing Violence against Women will be launched and discussed (ECOSOC Chamber; 10 a.m.–12 noon). This document stems from the collaboration of seven UN entities: UN Women, ILO, OHCHR, UNDP, UNESCO, UNFPA and WHO. The framework develops a common understanding for the UN System, policymakers and other stakeholders on preventing violence against women and provides a theory of change to underpin action.


From 25 November through 10 December, Human Rights Day, the 16 Days of Activism against Gender-Based Violence aim to raise public awareness and mobilizing people everywhere to bring about change. This year, the UN Secretary-General’s UNiTE to End Violence against Women campaign invites you to “Orange the world,” using the colour designated by the UNiTE campaign to symbolize a brighter future without violence

From parades to soccer matches, school debates, and the lighting up of hundreds of iconic monuments, starting tomorrow a United Nations call to “Orange the World” will galvanize global action calling for an end to violence against women and girls, which according to the UN’s agency for gender equality (UN Women) affects one in three worldwide.Violence against women and girls remains one of the most serious – and the most tolerated – human rights violations.
It is both a cause and a consequence of gender inequality and discrimination. Its continued presence is one of the clearest markers of societies out of balance and we are determined to change that.The call to action is part of the UN Secretary-General’s UNiTE to End Violence against Women campaign, led by UN Women. The colour orange, which has come to symbolize a bright and optimistic future free from violence against women and girls, will help unify the large-scale social mobilization.
It will be carried out during the civil society-driven 16 Days of Activism against Gender-Based Violence, which run from 25 November, the International Day for the Elimination of Violence against Women, until 10 December, Human Rights Day.
This year’s ‘Orange the World” initiative will focus on the theme of preventing violence against women and girls, in the specific context of the adoption of the 2030 Sustainable Development Agenda, which includes targets on ending violence against women and girls.
UN Women announced that coinciding with the 16 days of Activism, Ms. Mlambo-Ngcuka will undertake visits to three continents highlighting the urgent need for efforts to address the pandemic of violence at all levels – from global to the local – as well as across all sections of society, during high-profile events in Brazil, the Democratic Republic of Congo, Spain and Turkey.
Meanwhile, the official commemoration of the International Day for the Elimination of Violence against Women in New York will also see the launch of a landmark “UN Framework to Underpin Action to Prevent Violence against Women,” jointly developed by a number of UN entities.
“The focus must now be on prevention, and although there is no single solution to such a complex problem, there is growing evidence of the range of actions that can stop violence before it happens. This comprehensive approach forms the core of the new framework developed by UN Women and our partner agencies,” Ms. Mlambo-Ngcuka explained.
According to UN Women, there has been some progress over the last few decades; today 125 countries have laws against sexual harassment and 119 against domestic violence, but only 52 countries on marital rape.
The agency warned that despite efforts, violence against women and girls continues in every country, with women being beaten in their homes, harassed on the streets and bullied on the Internet. UN Women stressed that preventing and ending violence means tackling its root cause, gender inequality.
To this end, the recently adopted Sustainable Development Goals (SDGs) include a goal dedicated to gender equality—Goal 5—which aims to end all forms of discrimination against women and girls. It recognizes violence against women as an obstacle to fully achieving the 2030 Agenda for Sustainable Development and provides comprehensive indicators on what should be done to address that goal.

Come Join Us To End The Violence Against Women & Girls India's demand for water is expected to exceed all current sources of supply and the country is set to become water scarce country by 2025
"With increasing household income and increasing contributions from the service and industrial sectors, the water demand in the domestic and industrial sectors increasing substantially," says a study conducted by EA Water, a leading consulting firm in water sector.
Nearly 70 per cent of country's irrigation and 80 per cent of domestic water use comes from groundwater, which is rapidly getting depleted.
However, overseas players from Canada, Israel, Germany, Italy, United States, China and Belgium sees big investment opportunity worth USD 13 billion in the domestic water sector.
The industry is expected to receive Rs 18,000 crore in the next three years, the report said.


India is set to become water scarce country by 2025 due to demand-supply mis-match, the water sector is expected to see investment of USD 13 billion from overseas players in the next few years, a new study has said.

NEW DELHI: Concerned by the future projections of water availability in India, thegovernment is mulling the legislation route to save the scarce resource from depleting any further. It plans to come out with a new draft National Water Framework Bill - on the lines of the one in effect in Europe - and improvising on the existing draft law of 2013. A detailed presentation on the WFD and its comparison with India's existing water framework were made at the first Indo-European water forum here on Monday. Experts from both India and EU nations at the forum emphasized that if the 28 different nations can jointly work on the issue of water resources, it can also be adopted with modifications by India's 29 states by evolving a common law that takes care of the country's water resources.
"The Centre will come out with new draft national framework legislation. Discussions and consultations at different levels are going on. But, it's a long drawn process. Since water is a state subject, there has to be a political consensus before moving on this path", said Union water resources secretary Shashi Shekhar.
Experts at the forum noted that the European Water Policy, centering on management at the river basin level and integrating water management, presents a "viable model for cooperation between EU and India at the national and state level".
The European Commission's director-general for environment, Daniel Calleja Crespo, told TOI that the EU has a very broad experience in successfully managing water resources in 28 nations and the cooperation could be helpful as both EU and India have many similarities.
"We have our Water Framework Directive (WFD) and it has been now operational for 15 years. We have developed some specific legislation to manage water in river basins for 500 million people. EU has 28 member states. We have rivers crossing different boundaries. I think the cooperation will provide a win-win situation, based on mutual benefits", said Crespo.
The EU and its member states have divided the river basins and associated coastal areas into 110 river basin districts, 40 of which are international and cross borders, covering about 60% of the EU territory. The European WFD obliges member states to draw up river basin management plans to safeguard each of the 110 river basin districts.
Referring to the European Water Policy, the minister of state for water resources Sanwar Lal Jat, in his address to the forum said it presents a viable mode for cooperation between the EU and India. He, however, emphasized that this framework could be used by India with suitable modifications as "source of inspiration" to integrate water resources development and management amongst the states. 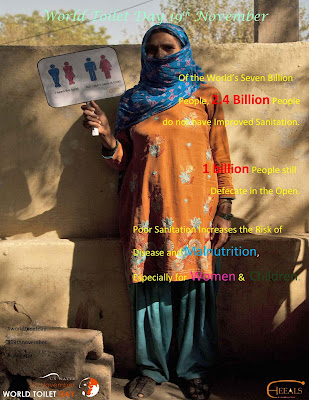